Staff member
Paid Member
Why do I feel like that's just one of driller's build-sheets..

Paid Member
"Some" names....seriously??? Its gonna take me all day to google that! lol

Paid Member
Of the top of my head im thinking supercharger cause it can fit under the hood, I would love the Cobra Star Intake manifold but havent seen one in years. Accell cops bigger headers and pipes. sound deadening inside as well as pushbutton start. I dont want a hot rod as much as I want take the Wife to the Ritz-Carlton, and do 140 on an open highway.

CandMinc. said:
I would love the Cobra Star Intake manifold but havent seen one in years.
Click to expand...

Thanks Driller, there is alot of good stuff on this site. What im looking for is the entire intake though. Ill see if I can find the photo again. 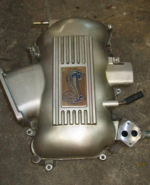 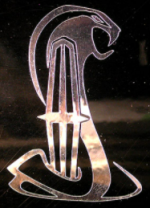 Any suggestions on a performance headers that will fit on the 4.6?
Im going to put a supercharger on it, whats the best one to get?
Best air compressor and bags?
Can I fit magnetic shocks with bags?

Thanks in advance for all the help!!

DirtyHairy said:
I have the car phone for the 98 lsc if you still want
Click to expand...

I would but, installing the 21 Continental int instead

Any suggestions on a performance headers that will fit on the 4.6?
Im going to put a supercharger on it, whats the best one to get?
Best air compressor and bags?
Can I fit magnetic shocks with bags?

Thanks in advance for all the help!!
Click to expand...

There's a myriad of options to most of your questions, except perhaps one.

The only "bolt-on headers" available are the Kook's mid-length SS headers. If you wish you can use Mustang headers by modifying the tube assemblies but honestly could not say they would be better. Almost any choice will require modification to the steering shaft.

If expense is not a concern, I will tell you that I at one time contacted Kook's directly and was told I could bring my car to their facility and they would custom manufacture a one-off long-tube header installation to fit.

The 'best' supercharger? That's likely a debate trigger, the more important questions are after-cooling and whether you want centrifugal or screw-type positive displacement. The latter is best for "instant" torque and the former requires less specific engine modifications. I've seen pretty impressive build using both. And just to muddy the water even more, there have been a few "terminator" Mark VIII's built with the '03-'04 Cobra engine swaps.

As for the suspension questions, and again in my opinion, the best compressor and bags are OEM. But it can be somewhat improved upon with a "spider valve" vent system and/or aftermarket height control.

I've not known of anyone using a modern "magneride" suspension on a Mark VIII but I would envision it could be done with appropriate modifications and some type of control unit.

Staff member
Paid Member
There are a handful of cars on the market now that come from the factory air suspension again. Jeep and Tesla come to mind..