2015 Lincoln Navigator gets lots of updates, still not all-new [w/video] 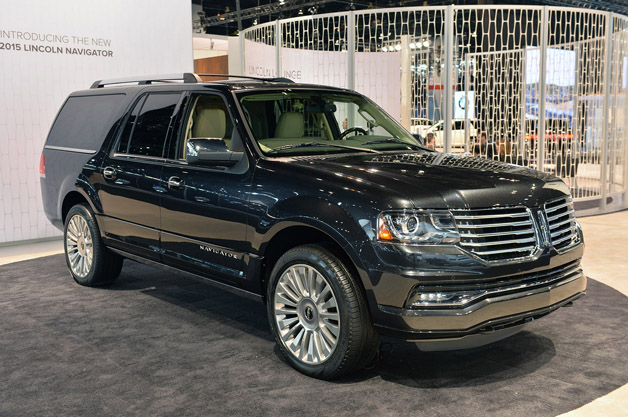 If there's one brand that could really use some fresh, all-new product, it's Lincoln. The MKC crossover is on the way and looks promising, but the just-revealed 2015 model year update of its fullsize Navigator would appear to stop somewhere short of being "all-new." This, despite replacing a product that's been on the market since 2007. Oh sure, there's a brash new face, complete with the company's love or hate split-wing grille, and the revised rear-end treatment does look better to our eyes (if overly familiar). But in the era of the bold new all-aluminum Ford F-150, the Navigator is still based on the outgoing model's all-steel bones, so it's more of an extensive mid-cycle refresh than a completely new piece.

Driving-wise, Lincoln has fitted its Drive Control system to the Navigator, with continuously controlled dampers that monitor road conditions and adjust the ride accordingly. There are Comfort, Normal and Sport modes for the adaptive dampers.

Inside, the interior looks much the same, with the dash, doors and seats not really having been reshaped. But a number of updates are found within, including a new center stack with MyLincoln Touch, and a revised instrument panel that looks like what you'll find in the MKX. Three rows of seats are available, as are two wheelbases - there's the standard Navigator, and the longer L.